Ausome Volunteers have a wide range of opportunities to develop new skills, form new friendships, and enjoy the team spirit of a tightly knit unit. They also reap a multitude of personal and professional benefits, including the sense of achievement and pride that comes from giving back to their community.

Meet some of our dedicated volunteers and discover why they find volunteering with Ausome so rewarding! 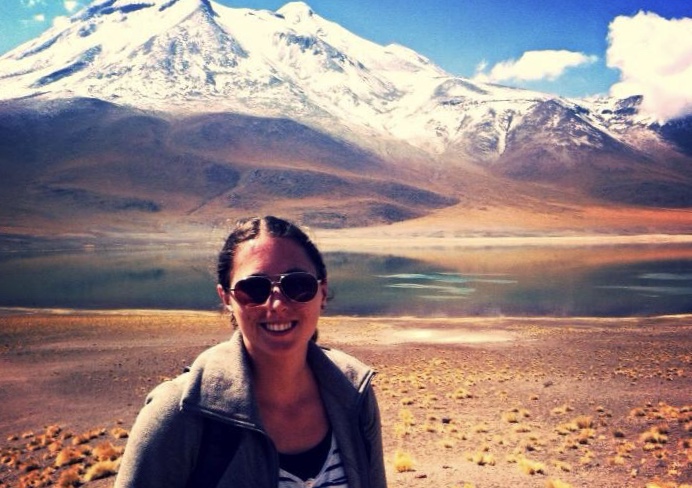 Alexa works for Sportstats in communications and accounting for Sportstats, she flies helicopters and is a ski instructor in the winter.

You may recognize her from Run Club. She was an excellent support in helping get team. ausome. ready for race weekend! Alexa’s favourite moment volunteering with Ausome Ottawa? – “When I asked Ruby why she runs? She told me she likes the popsicle run at the end because it get’s her heart pumping which feels good.” 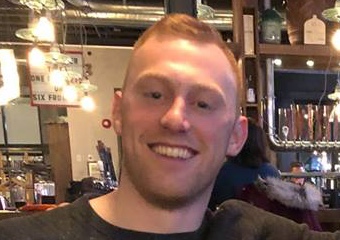 Matt found Ausome through Alix Milk. He wanted to use some free time to volunteer and has been part of Team Ausome since May 2018.

Matt thinks it’s “ausome” seeing how happy the kids and parents are. After his first session, and being asked by a parent to come back the following week, he knew he wanted to stay involved! Matt likes to play soccer and rugby, and to travel and socialize with friends in his free time. 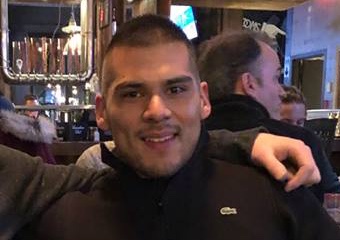 Marvin previously worked with Ausome’s Camp Director: Alix Milk. Marvin is a strong advocate for encouraging kids to be involved in activities/sports.

Marvin finds it very rewarding to empower kids with confidence through sports. He has been volunteering with Ausome since September 2018. When he’s not volunteering he enjoys runs and walks around town, socializing with friends and visiting museums. 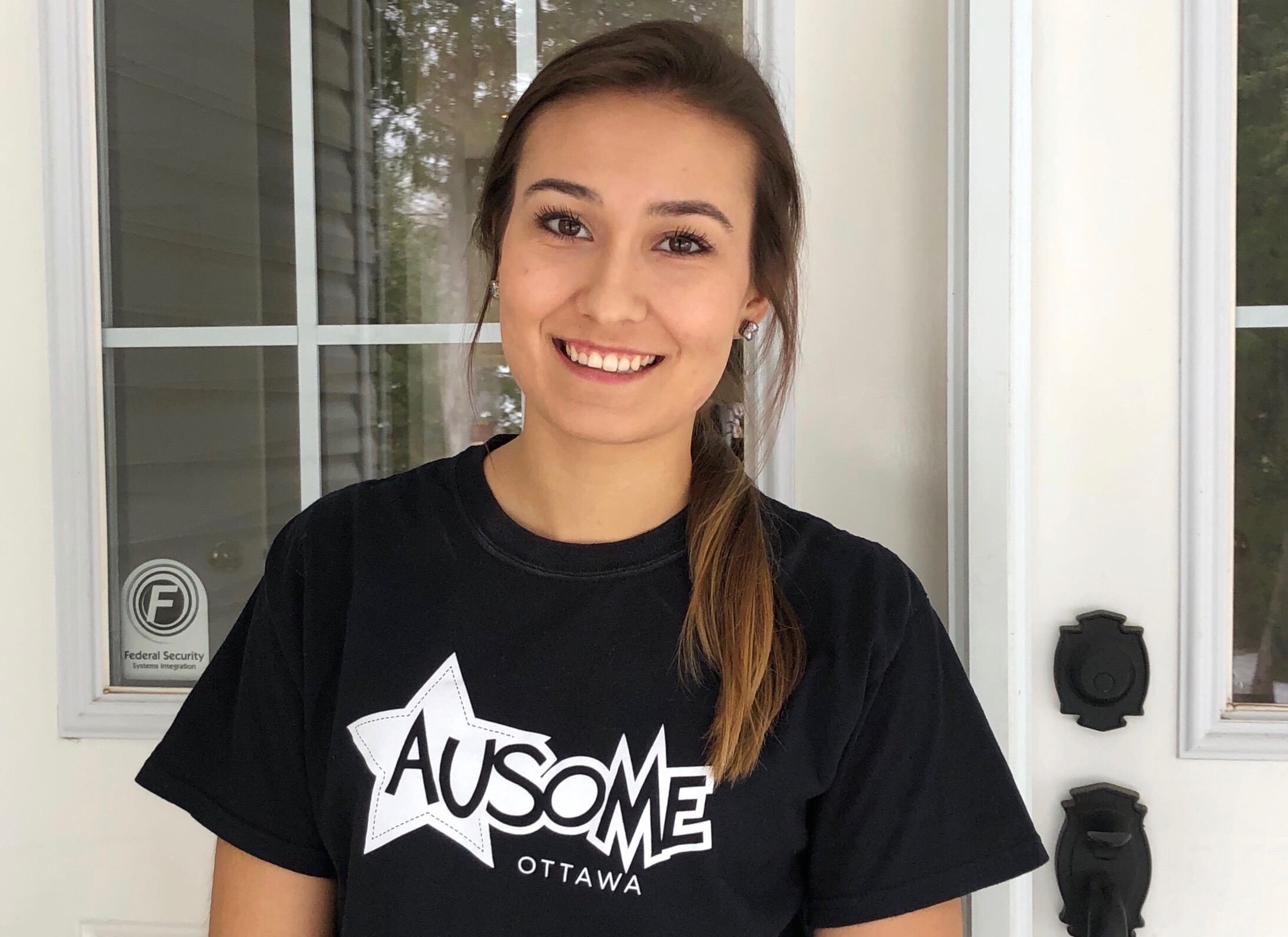 Taylor is a full-time nursing student at Ottawa U/Algonquin College joint program. Her experience with Ausome has been so rewarding that she thinks she is going to specialize in paediatric nursing.

She loves working with children, helping others, and staying active! Taylor believes in making everyone feel comfortable and accepted. Being able to put a smile on a child’s face and make a difference for the hour they are participating in an Ausome program is really important to her.
Read more 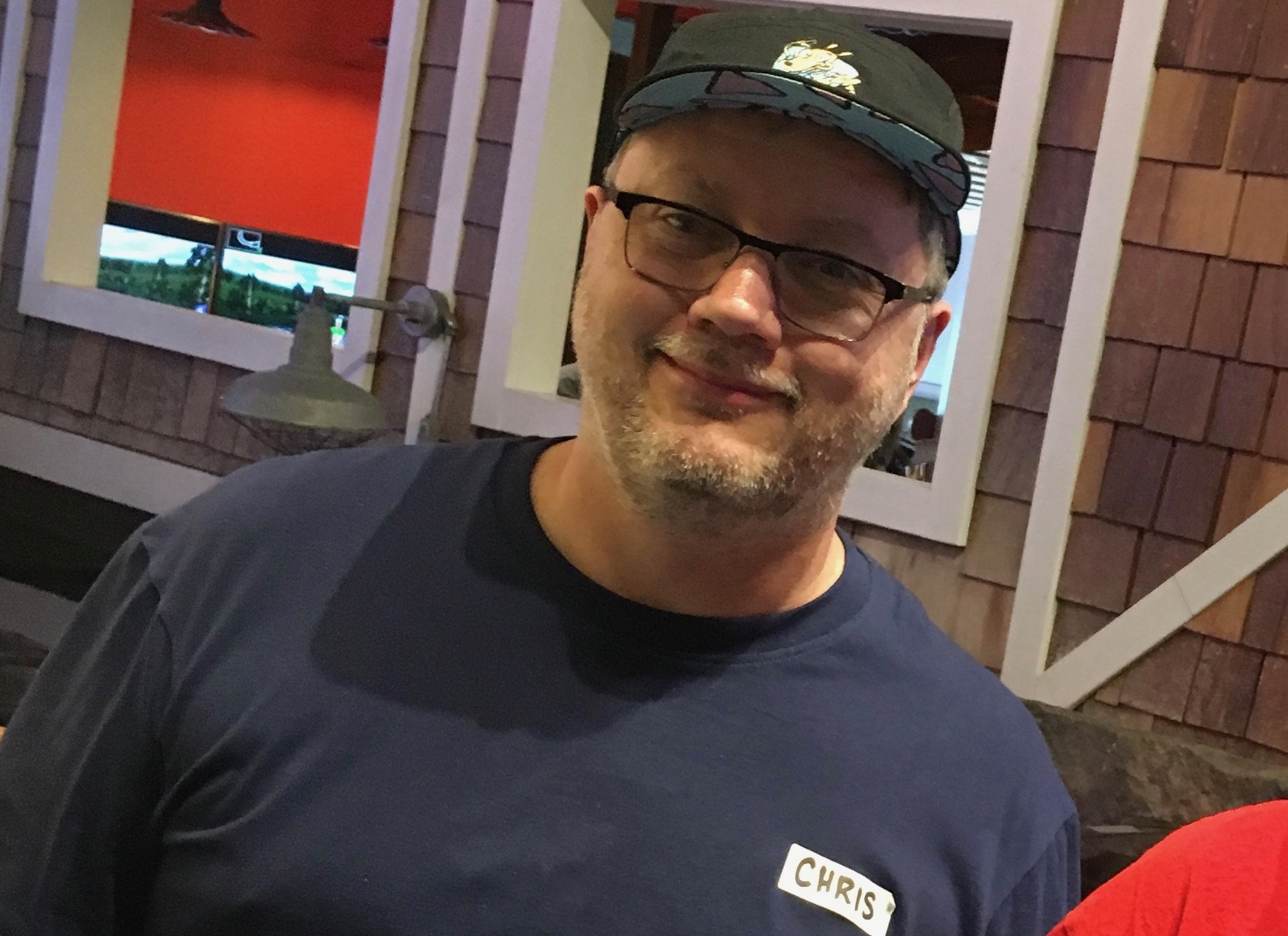 Chris is Ausome’s office neighbour in the House of Sport. He works for the Coaching Association of Canada and is a soccer referee.

He came learn about Ausome and decided to get involved. He cherished the connections he’s made with Ausome athletes. Chris is a big kid at heart and loves to have fun. His bucket list consists of electronic dance music festivals and Chris’ hero? – Perry the Platypus, of course!
Read more 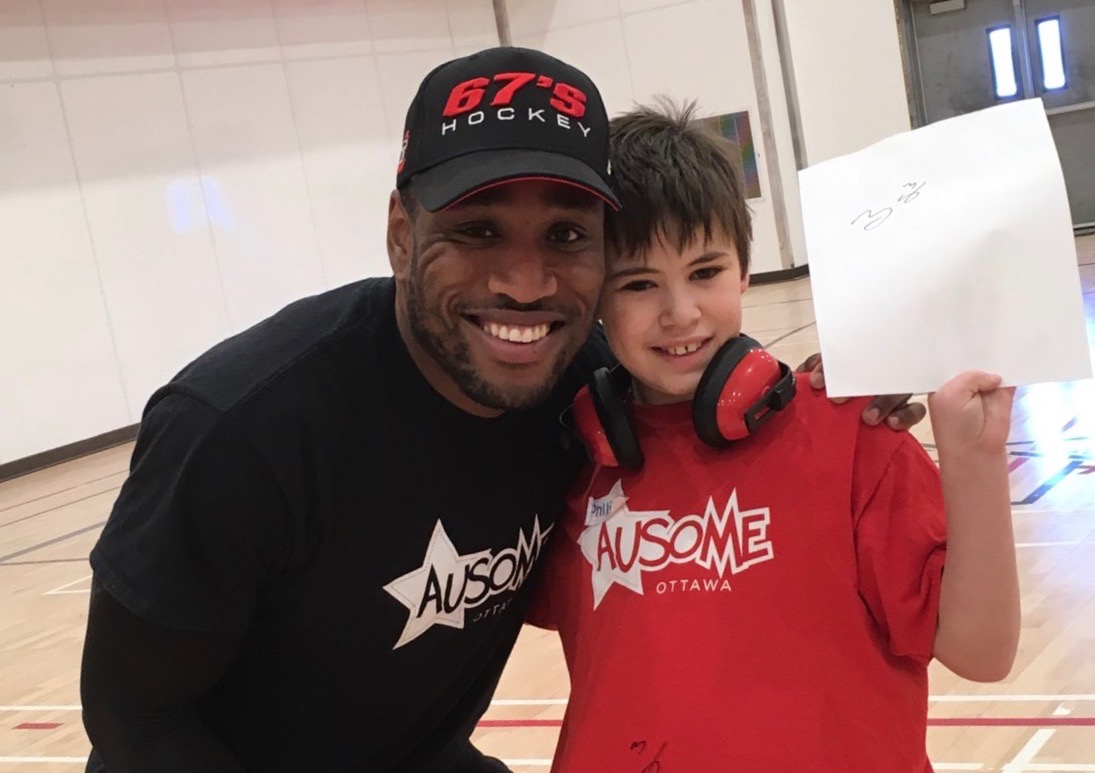 Eddie is known as Mr. Nice Guy and once he met the team and found out what Ausome was all about, it was a no brainer for him – he wanted to get involved!

Through his years of playing professional soccer, the one thing he always wanted to do was give back to the community that raised me. Eddie was nervous walking into volunteering with Ausome for the first time, but the experience was very uplifting and from that moment on, he knew that Ausome was a special organization and that he wanted to be a part of it moving forward.
Read more 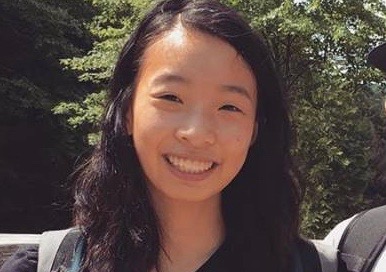 Casey found Ausome through a CSL placement at uOttawa. She wanted to contribute to making our community a more inclusive place for everyone

She is currently studying Biomedical Sciences at the University of Ottawa and hopes to become a psychiatrist one day. Her favourite sport is volleyball; she loves it so much she’s even coached and refereed! Casey’s most memorable moment of volunteering at Ausome: when her camp buddy bounced the basketball back to her.
Read more 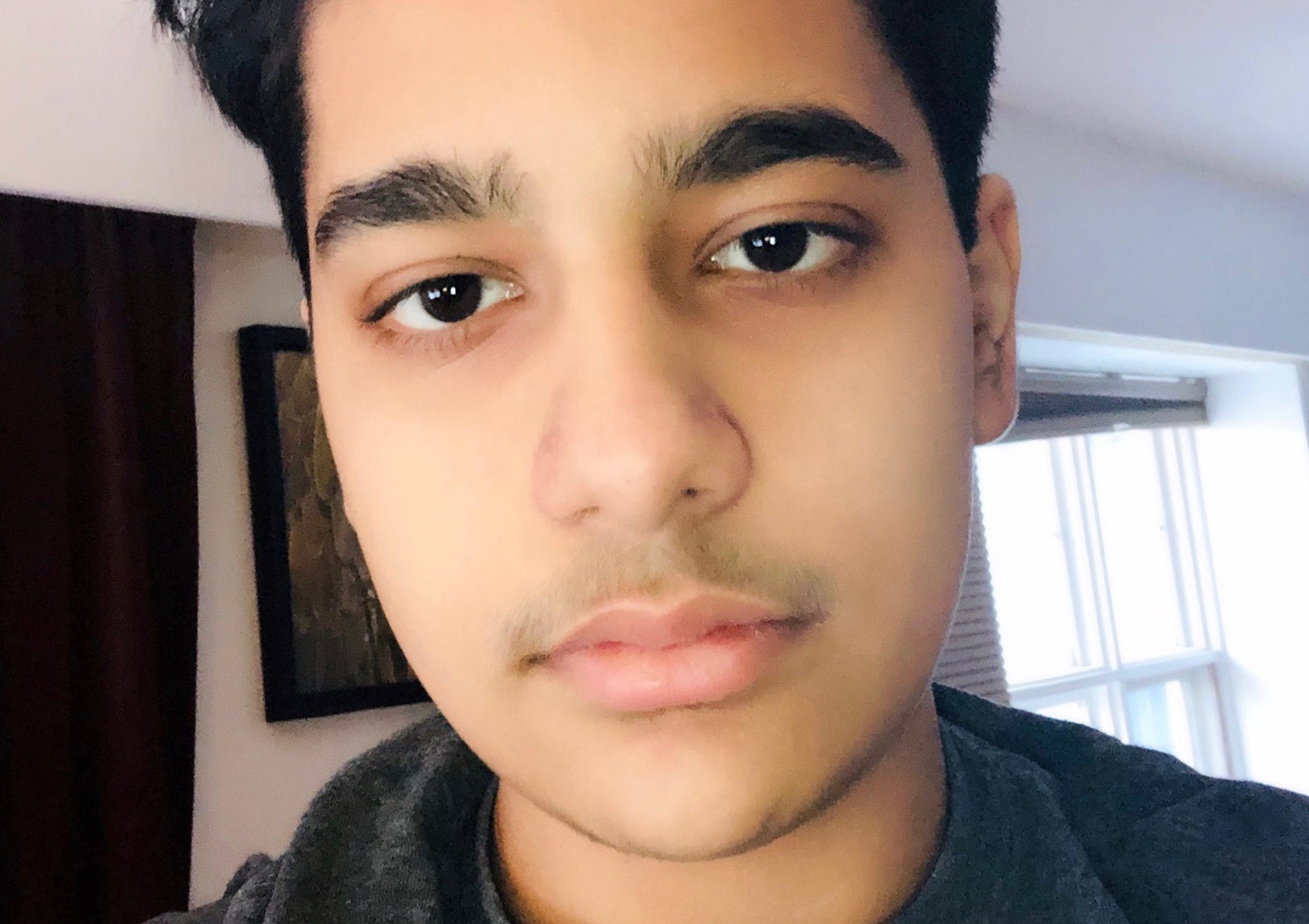 Sidd, an older sibling and a lover of greek food, joined Team Ausome as a volunteer in March 2019.

He has experience working with kids in the past, in a school in India called “Blue Birds Public School”. Sidd was really interested in giving back to his community in Ottawa, and loves working with kids. He is a kind and collaborative person, and has found his place in our Ausome family.
Read more 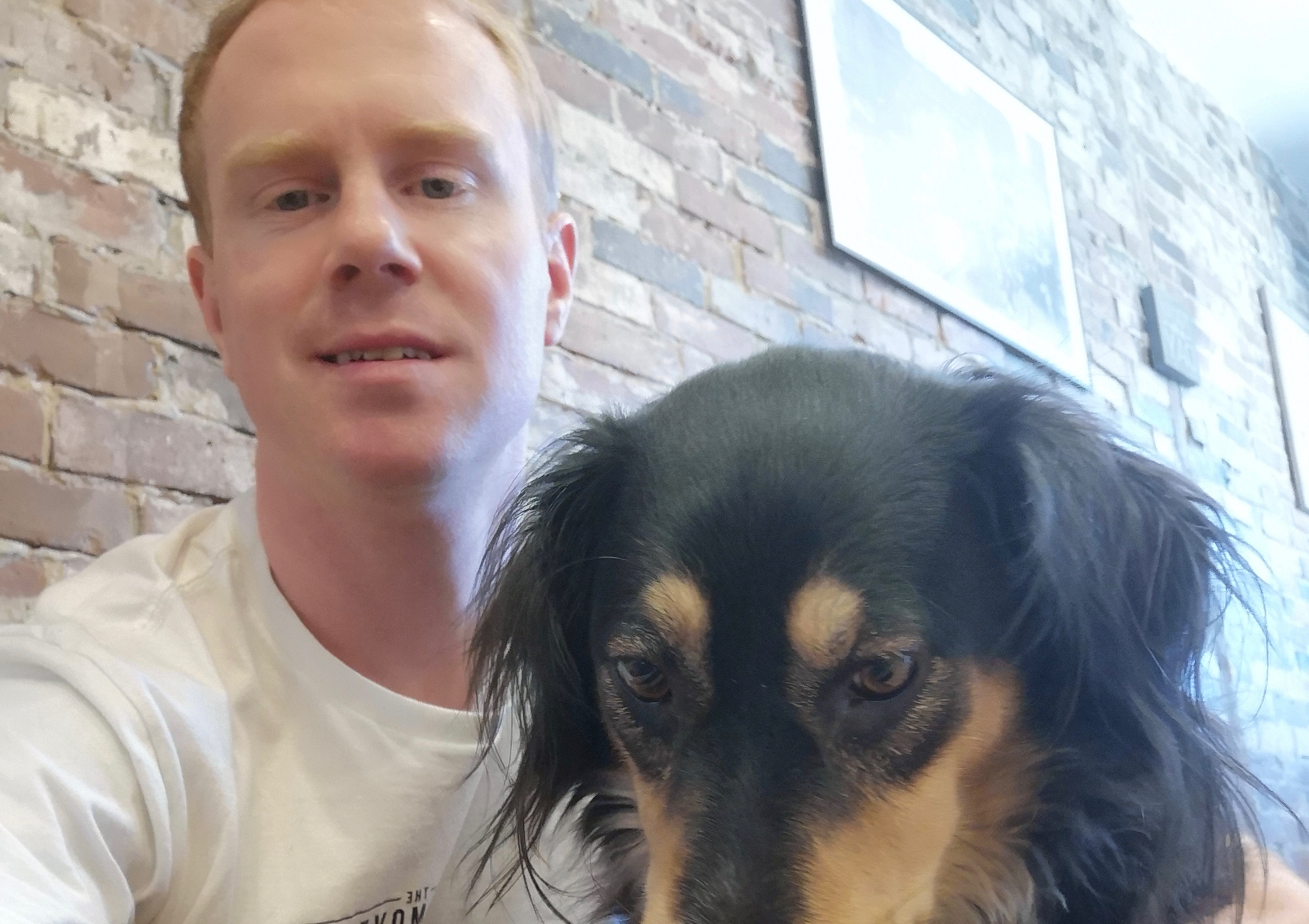 He runs his own sport and rehab chiropractic clinic, is a cyclist and his dog, Roue’s biggest fan! Luc is a believer that every one should have the a chance to experience sport. His most memorable Ausome moment: on the last day of obstacle adventures, his buddy faced his fears and jumped off the 10′ foot wall into the crash mat without assistance. It was a beautiful moment that Luc has shared with many people.
Read more 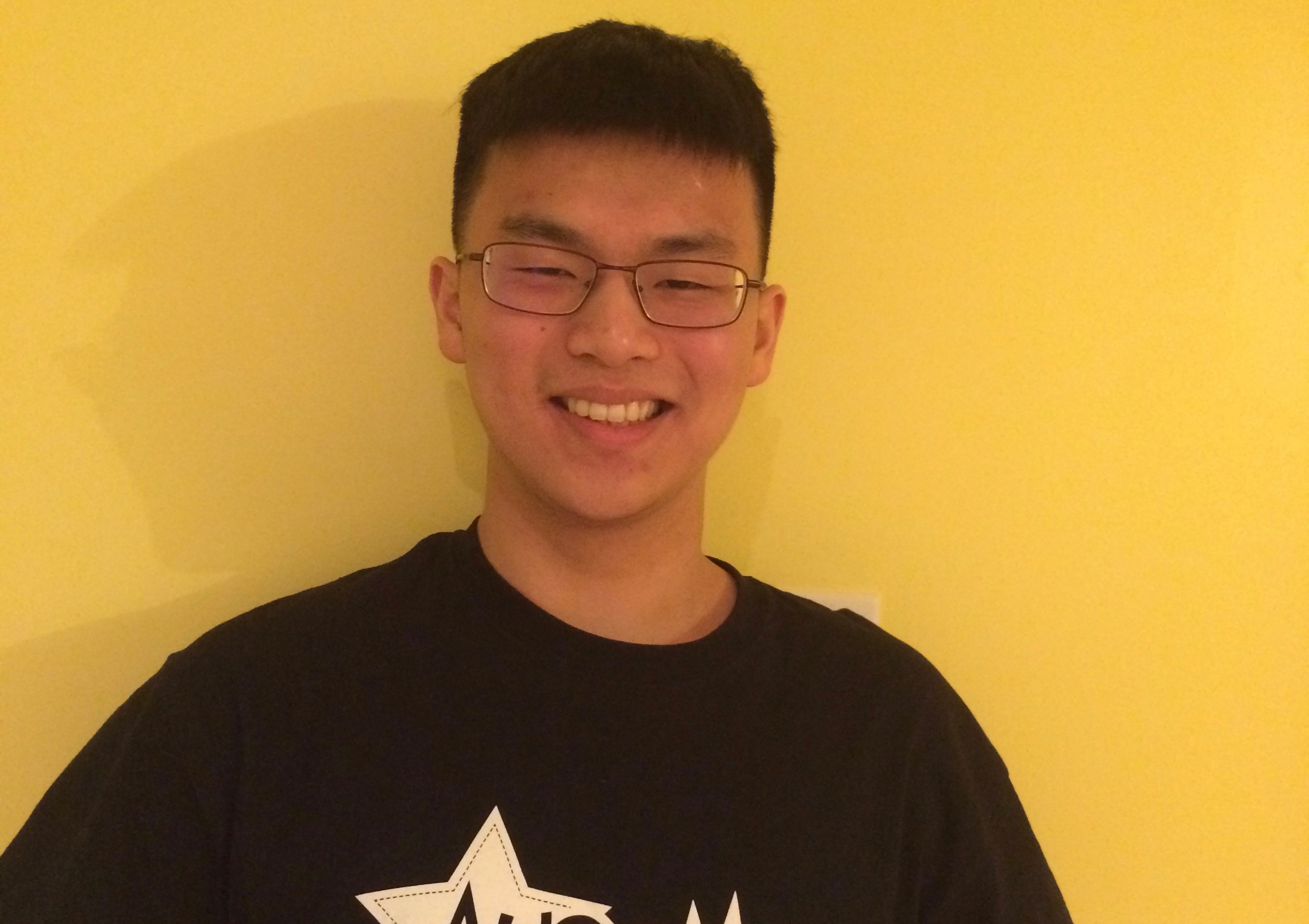 Jing became a volunteer in January 2019 after learning about Ausome through his school: Ashbury College.

His most memorable Ausome volunteering moment was when his partner was able to catch one of his throws and to score a goal during water polo. Jing felt tremendously happy and proud of his buddy! Ausome has put Jing out of his comfort zone and has allowed him to build a new set of skills. When he’s not getting his homework done, Jing is involved in concert band and his school’s swim team.
Read more 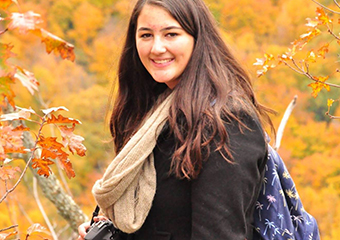 Allison, a full-time social work student at University of Ottawa and lifeguard/swimming instructor, loves pasta and ice cream — together.

She began volunteering as part of her social work program, and has decided to continue being an Ausome volunteer! Allison’s most memorable Ausome moment: “When I got to see one of the children improve in the second week that I was paired with them. He really improved on his teamwork and it was great to see him having fun playing a sport that he loves!”
Read more 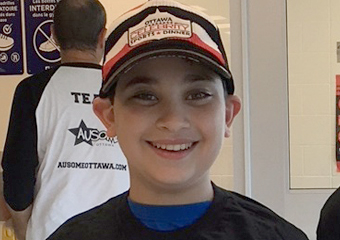 Zev, an NHL all-star on the X-Box, loves both playing and watching sports. He says sports provide kids the opportunity to achieve and a sense of accomplishment.

Zev was recently preparing for his bar mitzvah when he learned about Ausome. At his synagogue, they encourage each student to  give back to the wider community as part of a social action project. Since Zev is very passionate about sports, Ausome was his first choice. His favourite moment so far was “watching the kids celebrate after getting a basketball in the net!” 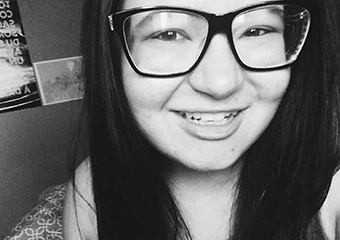 A self-proclaimed history nerd, Sierra found us through a psychology class placement and “fell in love” with Ausome.

Sierra’s most memorable Ausome volunteering moment? “…what continues to be my favourite experience with Ausome is forming a bond with the kids. It’s really amazing when the kids recognize you and look forward to coming every week!” 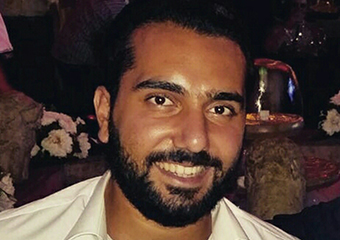 Majd, a soon-to-be graduate from the University of Ottawa Biomedical Sciences Program believes the sky is the limit. When he’s not studying or volunteering, Majd can be found at the gym with his friends.

Majd’s plans for next year include starting med school, and getting more training in working with children that have special needs, including autism. His favourite Ausome memory is “In April I went to the weekly basketball program with Ausome although I had a final exam the next day. We spent an amazing time shooting hoops with the kids as usual, and then I was surprisingly named as the volunteer of the month, I was really proud for that.”
Read more 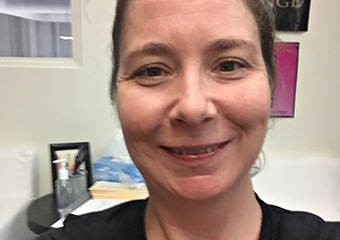 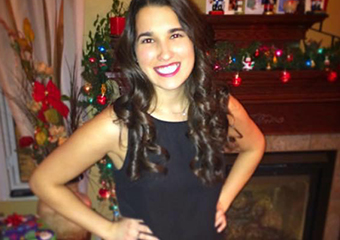 Meggy, a country music–loving foodie, is an aspiring Occupational Therapist who is described as a smiling, approachable, helping and dedicated person by her friends.

Meggy learned about Ausome through CommuniCare Therapy. She loves volunteering with Ausome because it brings together two of her passions; sports and working with children. Her most memorable Ausome moment was “when one boy scored at Basketball for the first time and he had the brightest smile on his face and he was super excited.” 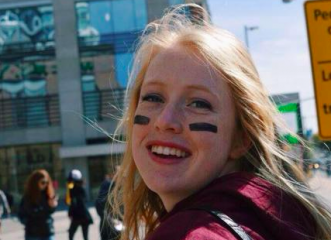 When she’s not studying Health Sciences at uOttawa and conducting neurophysiological research, she loves to play intramural dodgeball and ultimate frisbee, go to the gym and spend time with friends. Naomi learned about Ausome through the uOttawa volunteer website. With her love of having fun with children and her passion for sports, she says Ausome was the ultimate combination for her. Her most memorable Ausome moment was ” watching my buddy jump on the trampoline when he turned to me with the biggest grin and reached for my hand so that we could jump together.” 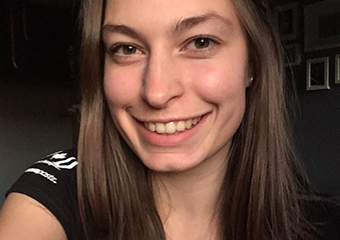 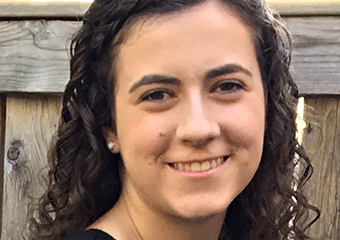 Hayley, an energetic sports enthusiast who loves travelling and spaghetti, can usually be found in her lab, on the slopes, or on a soccer field!

Hayley loves working with kids and says volunteering is an AUSOME way to enrich the lives of kids in the community. Having just recently started with Ausome, Hayley “loves seeing the excitement the kids have throughout the sessions! It’s what keeps me inspired and coming back each week!”
Read more 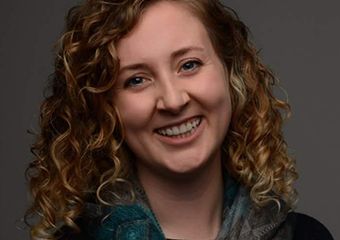 Emma works as an Occupational Therapist that frequents coffee shops and loves photography!

She heard from an Ausome staff how Ausome it is to volunteer! She wanted opportunities to engage in new activities and meet new people. She was hooked! She loves the Ausome is a welcoming space for children to come to play, as well as for volunteers and staff to have an enjoyable time! Emma’s enjoying her time so much she can’t just pick one one moment, she tell us: “I don’t think I could pick just one moment! Every week is memorable at Ausome seeing my buddy enjoy the sport and having fun!””
Read more 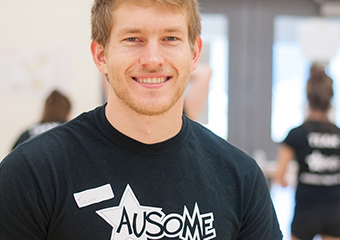 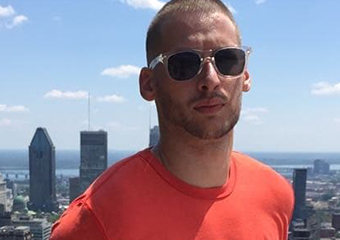 Ryan is passionate about fitness, health and advocating for autism. Having autism gives Ryan unique insight into our Ausome athletes.

Ryan found Ausome online, and decided to come and volunteer. He hasn’t looked back since, attending almost every program, including camp days. He is proud to be a role model for Ausome athletes, and has quickly become part of our Ausome family.
Read more